Regulation of the Award 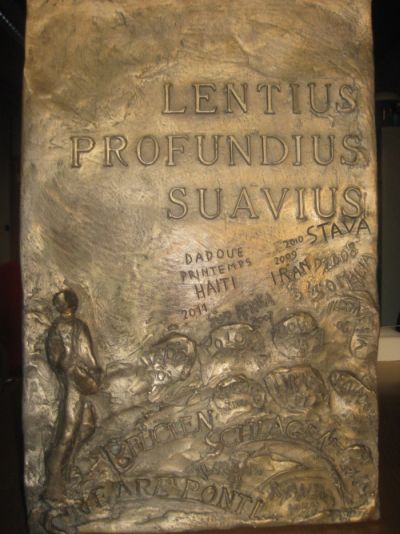 The Alexander Langer Foundation, through the annual award of this international prize, aims at keeping alive the memory of Alexander Langer. The Prize acknowledges and gives public resonance to the work of individuals and associations who, through brave decisions, independent thinking and a strong social rootedness, are able to explore emblematic situations and innovative paths, pursuing the objectives listed in the Art. 2 of the Foundation Statute.

The international prize is endowed with 10,000 € prize money, which can be divided according to the recipients. Individuals, groups, public institutions who share the spirit of the following rules can also participate in the endowment. This latter can be raised may subscriptions exceed the given amount.

The recipient of the Prize is indicated by the Scientific and Guarantee Committee of the Foundation, composed by independent individuals nominated for a three years term. In its first meeting, the Committee nominates an internal president and a vice-president. The Committee takes its decisions, free and unappeallable, with the highest consensus, and never with less than a 2/3 majority. Friends and supporters of the Foundation can present candidatures, in written and with a detailed motivation. The Committee can designate one or more person, also non-member, to do preliminary investigation and/or to document, for a limited amount of time, the recipient’s activity.

During the solemn Prize award ceremony, the Scientific and Guarantee Committee will let the motivations be known. To highlight the continuity of the Prize, the previous year recipient holds the annual opening speech. The seat of the prize assignation ceremony can vary from year to year, in order to accommodate the requests to host it, which may be presented by the end of the current year.